Year 5/6 pupils from Walgrave Primary School treated residents and representatives from key partners including local developer Whiterock Homes, Orbit, Daventry District Council and Walgrave Parish Council, to a colourful display of maypole dancing, followed by coffee and cakes and an opportunity to view one of the brand new homes.

The community event celebrated the completion of the 10 new homes at Gamekeepers Way and Pheasant Drive in the village, with six for affordable rent and four homes for local market sale.  This is the first cross-subsidy scheme of its kind in the Daventry area, where any surpluses generated from the four homes for local market sale are being used to subsidise the six affordable properties.

Resident Kevin Boulton, who has moved into one of properties for affordable rent with his partner, Latesha, and their three young children, says the development has enabled the couple to raise their family in the village where Kevin himself grew up and where they have many family and friends.

Kevin says: “We were living in a nice house in Walgrave but we felt we needed to look for something a bit bigger as our family grew.  Staying in Walgrave was critical for us as we have a huge support network here.

“When we were offered one of the properties for affordable rent, we were absolutely delighted.” 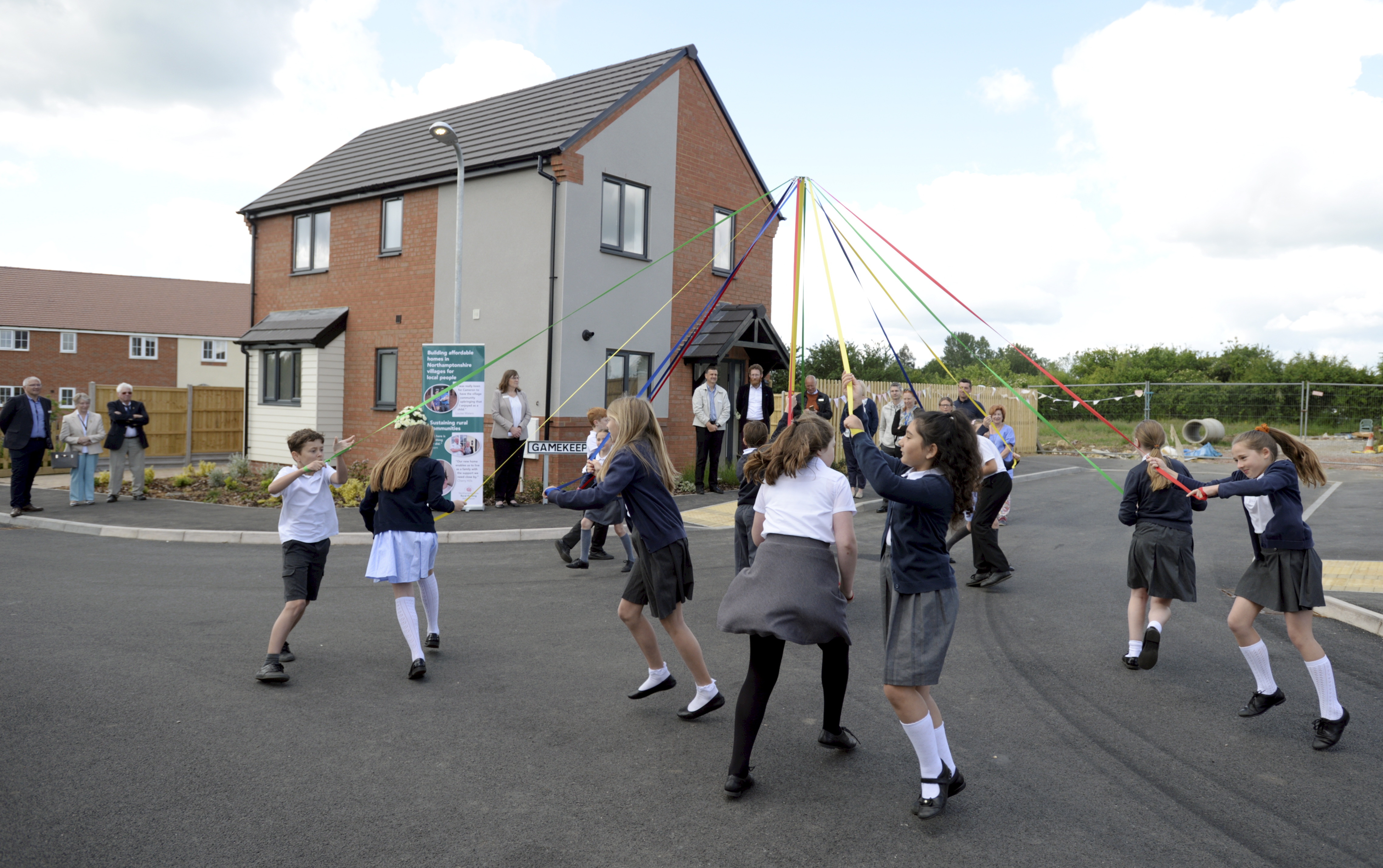